The story of Charnwood Stoves 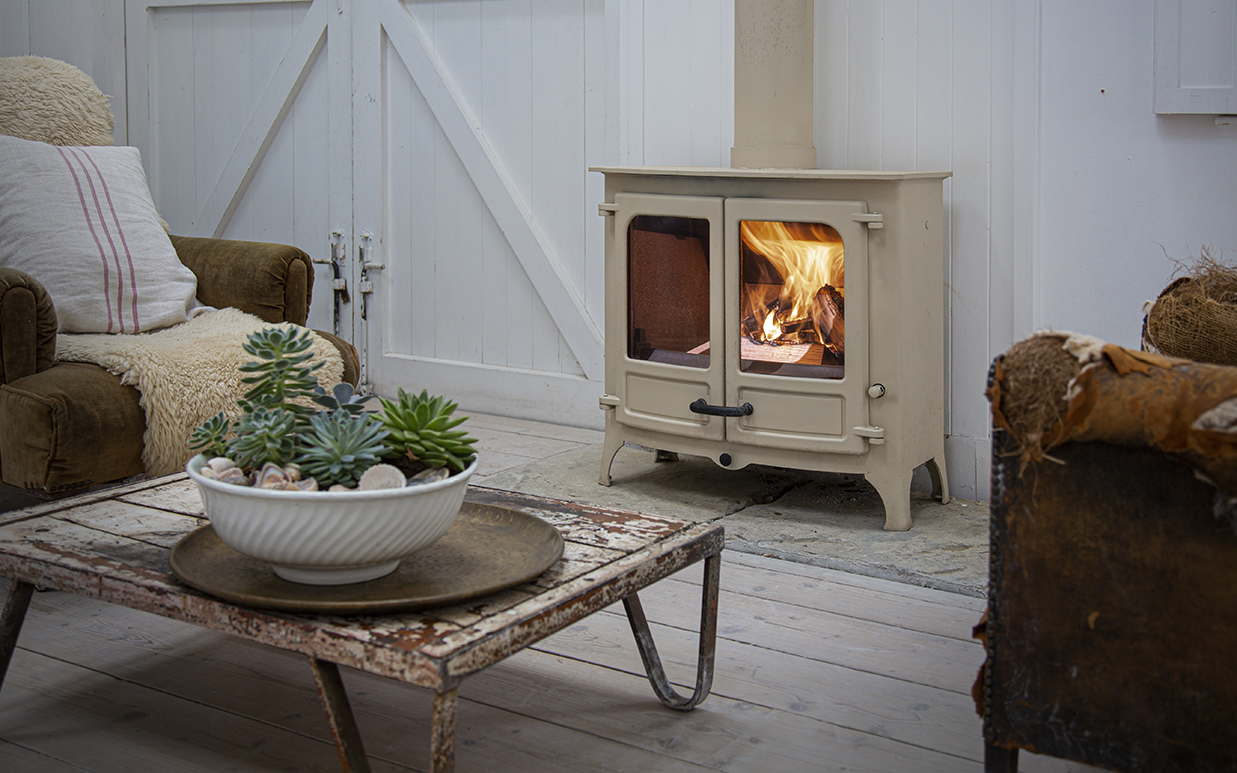 Home is where the hearth is: Tradition and forward-thinking technology are the fundamental tenets for this family-run Isle of Wight firm with more than half a century of history.

Back in 1972 when Charnwood Stoves founder Alfred Wells and two of his sons John and Alistair sat by an open fire in the village of Niton on the Isle of Wight, little did the trio know that their small engineering firm would become a 21st-century market leading company.

That night saw the three men come up with the notion to create a compact, efficient woodburning stove that was to become the cornerstone of the company. Fuelled by rapidly rising oil prices and the advent of Dutch Elm disease, meaning there was a plentiful supply of wood across the UK, their idea soon became a reality that today encompasses both traditional values and forward-thinking technology in the form of clean, green and efficient woodburning and multi-fuel stoves.

The privately owned family company employs around 140 people – ten of whom are family members – and continues to operate in the same location, to the same exacting standards set out by the three men some 50 years ago, with all stoves and accessories made on site with British parts. “Though we’re constantly innovating, our products are designed to last a lifetime,” says Ced Wells, grandson of Alfred and creative director of the company. “We still hold spare parts for our original stoves – we firmly believe that when you purchase a stove it is a long-term relationship.”

Tradition and prescient thinking are held in equal stead by the Wells family. Whilst the gentle crackle of burning logs and the soothing allure of flickering flames has long held a romantic appeal, as evidenced in Charnwood’s stylish designs spanning contemporary through to traditional, happily the reality of using wood as fuel equally sustains its draw. In order to best utilise the material’s properties as a renewable, sustainable and CO2-neutral fuel, technological solutions employed by the company include stoves with emissions so low that they are DEFRA-approved for burning wood in smoke-control areas, whilst the latest clean-burn technology in the Aire models amongst others ensures that the strict new Ecodesign regulation planned for 2022 is met as priority (the regulation being the stove industry’s response to the DEFRA Clean Air Strategy, which itself aims to improve air quality and reduce emissions and pollution).

Alongside its products, the relationships fostered by Charnwood are rooted in the family’s close-knit ethos and Christian beliefs, and extend into the community and beyond as a reflection of their deeply held values. “The concept of ‘relationship’ is probably the most important thing in our lives and business,” explains Ced. “We believe it’s important to take care of others, which in business terms manifests itself in supporting people – so our employees, our suppliers and our customers – and in connecting with the environment.”

In addition to using local suppliers and materials where possible, Charnwood’s commitment to the island pays homage to the intrinsic it plays in the company’s origin story. “The people that work for us have shaped what we have become,” says Ced. “They are our most valuable asset and are an extension of our family – many of them have been with us for more than 30 years.” As well as being well-connected to schools, colleges and businesses, the company offers apprenticeship schemes for young people in engineering, design and manufacture, “as job opportunities can be scarce on the island – and we very much want to see it thrive and grow as an economy.”

Plans for the future include a continued focus on uniting tradition with innovation: “We’re soon to be launching the world’s first intelligent woodburning stove that automatically burns your fuel to optimum efficiency,” outlines Ced. “The idea is that you load it, light it, close the door and then the stove does the rest” – a concept which doubtless is as faithful, loyal and consistently aligned with the core values of the company 50 years ago as it is today.