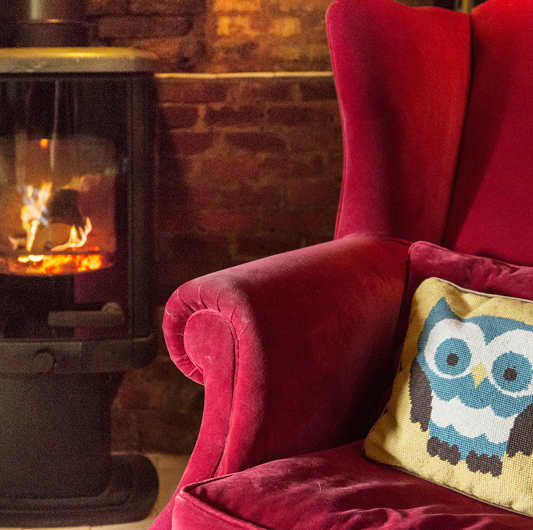 The Isle of Wight has been home to Charnwood Stoves since 1972. It was also the original home to England’s most creative, colourful and award winning music festival, Bestival. We caught up with the Bestival’s co-founders (and Charnwood stove owners) Josie & Rob da Bank.

Q: WHAT MADE YOU MOVE DOWN TO THE ISLE OF WIGHT?

A: Josie: Bringing three boys (Arlo, eight; Merlin, six and Miller, four) up in London is not really appropriate; we have got a much bigger garden; we prefer it and the festival’s here. Rob: It’s the freedom. The weekends in London you’re left panicking about what you are going to do next and what to do with the kids whereas here, it’s a much more relaxing place to bring the kids up. I love being out in the fresh air, sailing and being in Yarmouth.

Q: CAN YOU TELL ME A BIT ABOUT THE HISTORY OF THE HOUSE AND THE ARCHITECTURAL STYLE?

A: Rob: The house was built in 1750; it was an outhouse to the farm which is next door. I have seen a photo of it in the 1800’s when it was a bee keeper’s cottage so it has been through loads of iterations into the current house! It’s a really old property with a lot of stone, but Josie has designed new bits so it’s a marriage of old and new that suits our style which is a mixture vintage, brand new and shabby chic.

Q: WHAT FORMS YOUR DECORATIVE STYLE AND WHERE HAVE YOU SOURCED FURNITURE FROM?

A: Josie: I don’t think we have a style, we buy things that we like and it all just gels together. A lot of the furnishings and carpets have come from our travels to India and Morocco. There is quite a lot of animal reference in the house; I think that’s because of the children love animals! I’ve commissioned a few animal heads; Emily Warren has made the ones which sit over the fireplace. We have a few mosaics which were made by another good friend, who is a Mosaist. There are a lot of textiles; I really love fabrics by Josef Frank and Liberty London. Rob: and we have some nice stoves from Charnwood!

Q: COULD YOU TELL US ABOUT EACH OF YOUR STOVES AND HOW THEY FIT INTO THE STYLE AND FUNCTION OF THE ROOM?

A: Rob: We bought the Cove 1 first, four years ago when we built the extension. This is an old house, in the summer it’s lovely but during the winter it can get really cold. We have underfloor heating but we wanted a centrepiece as much as a stove so in the winter it serves a dual purpose: it looks great and it’s heating the room! All year round, it’s a great centre piece for the room, especially when you’ve got the fire going and the sun is setting out the window, it’s quite peaceful.

The other stove we have is the Tor Pico, I love the 360˚view of the fire and how it can heat half the house in a very short amount of time. I think that sometimes we are definitely style over content but we love the way the stoves look just as much as using them and they are a great addition to the house.

A: Josie: Our dream day at home would involve having all the children nice, calm and relaxed. Then a few board games, a dip in the hot tub outside and then a cosy dinner around the fire.  Rob: We are surrounded by great places like Bouldnor Forest, Newtown creek and the river Yar so we’ll quite often go for a walk or a bike ride then pile back inside and get the fire stocked up.  The boys like making the fire, there’s something about the crackling and building of the fire, especially for the boy’s- maybe it’s a primal urge! It’s a lovely thing that takes them away from the iPad and television. I love the whole process of chopping up the kindling and preparing the fire and it involves the boys as well.

Q: FINALLY, WHAT YOUR SOUNDTRACK BE TO LAZING IN FRONT OF THE FIRE?

Rob: Where I work with music, to have no music is quite a luxury. Josie: Especially here, we have so much wildlife to listen to!  Rob: We have a lot of different species living in the garden like owls, woodpeckers, Indian runner ducks, chickens and geese. After three years here the novelty of the wildlife still hasn’t worn off and I don’t think it ever will. We’ve got the crackling of the fire, the whistling of the wind and the nature sounds. Just to sit and listen to that is music really. 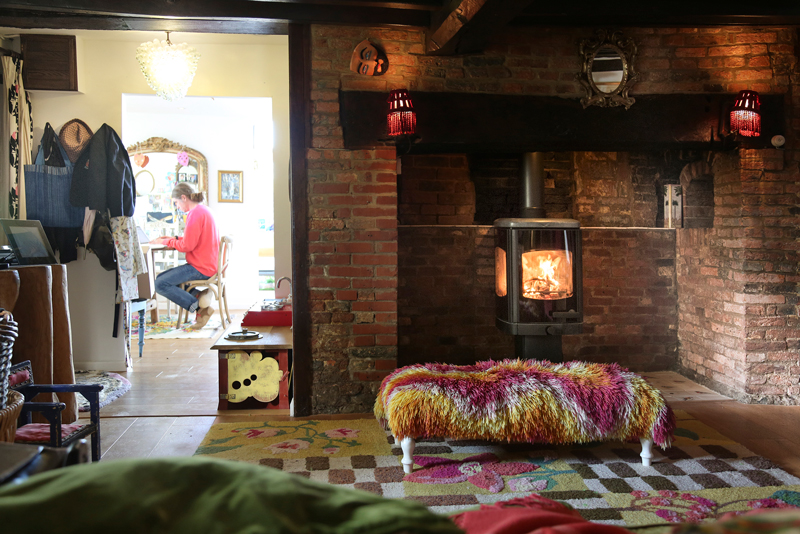 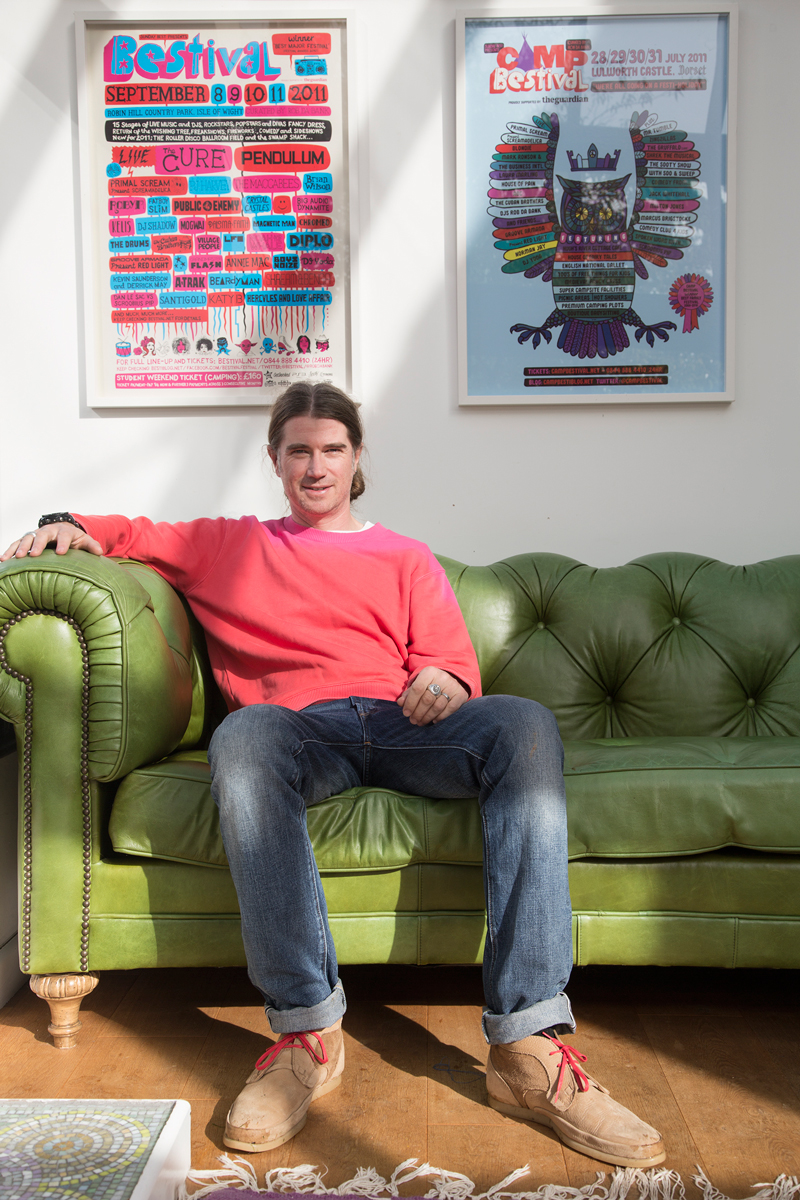 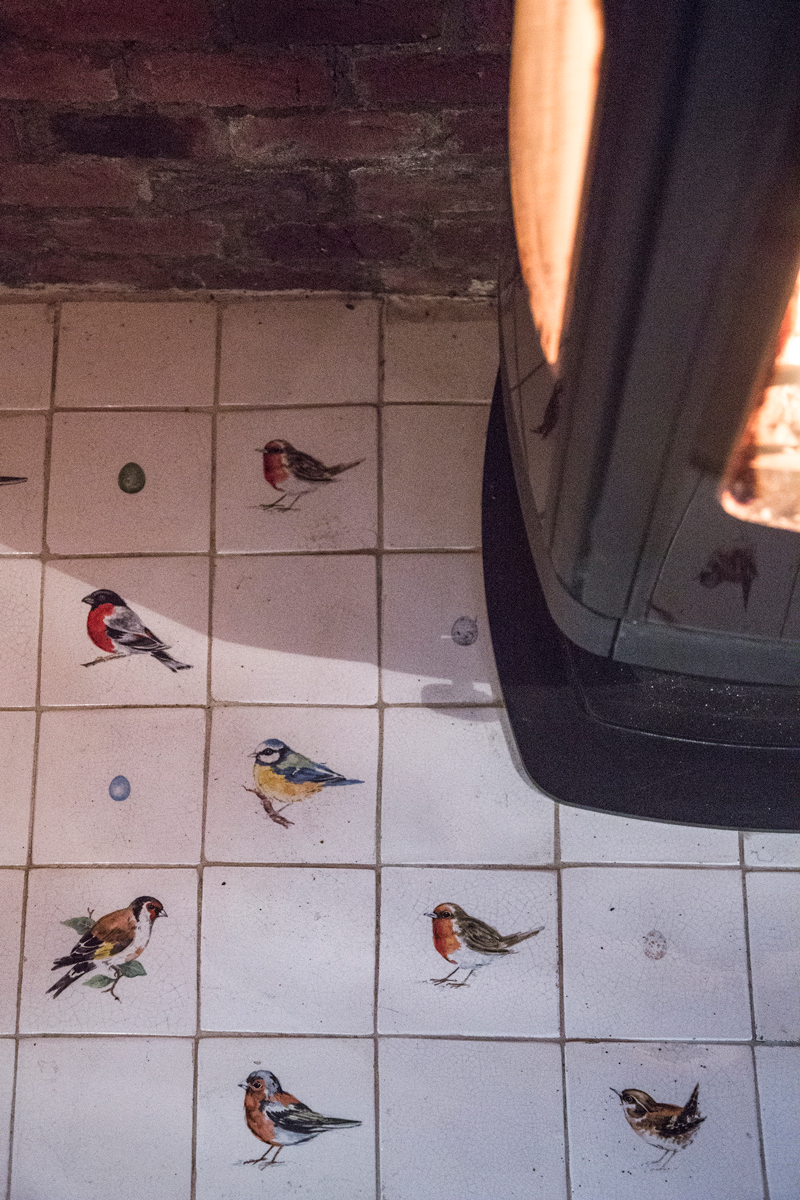 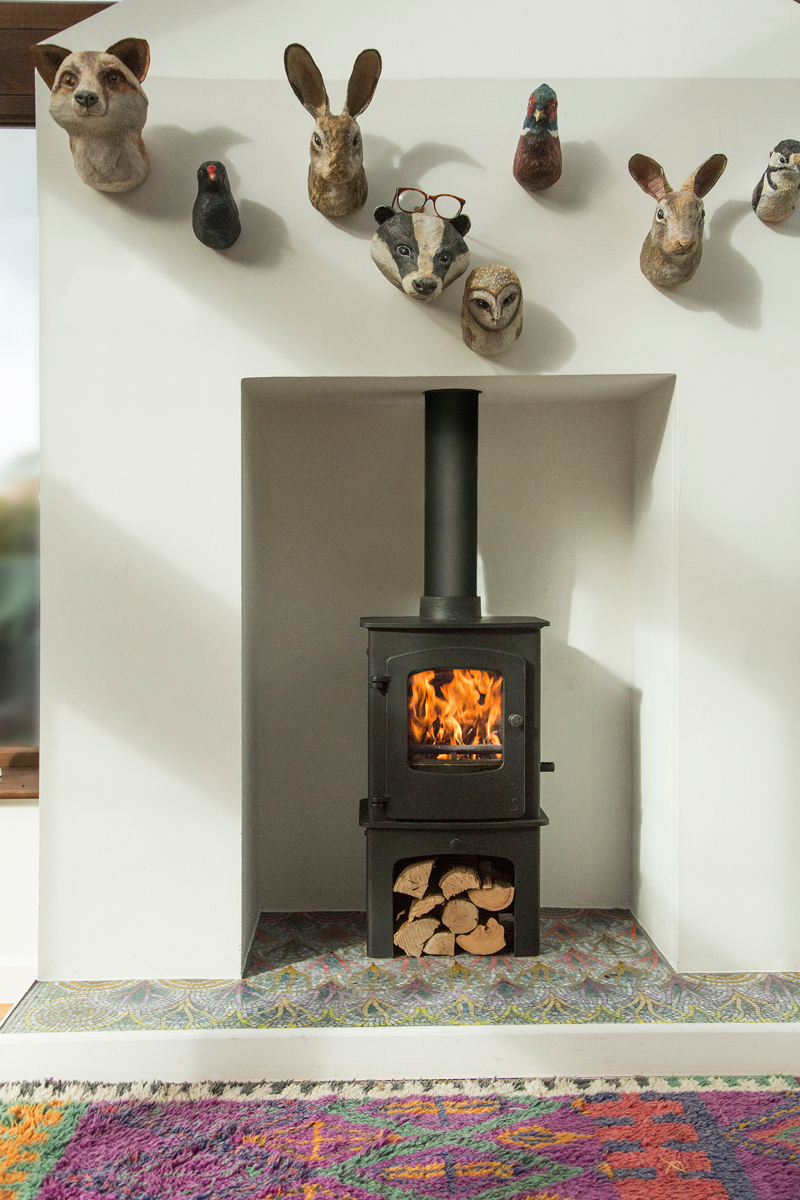 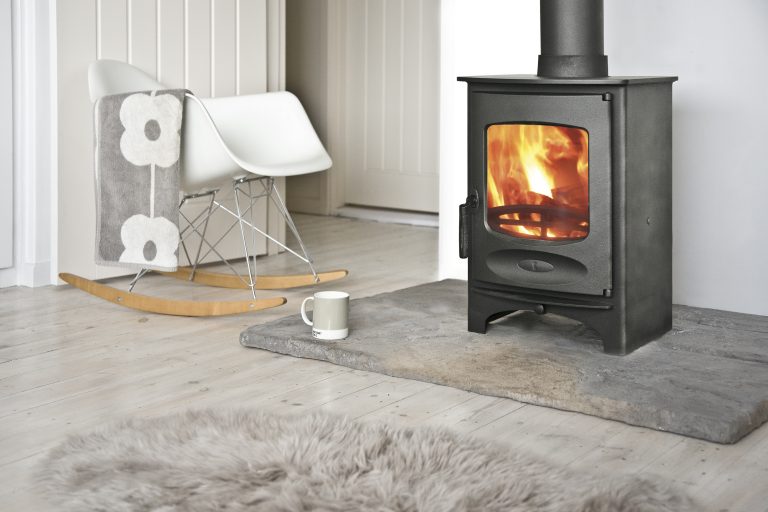 Whether we like it or not, autumn (and winter) is on its way, bringing cooler weather and darker nights with it. But what better way to embrace this seasonal shift than with some cosy living room updates? Today, we’re going to be sharing some interior design tips on how to pull off a cosy living […] 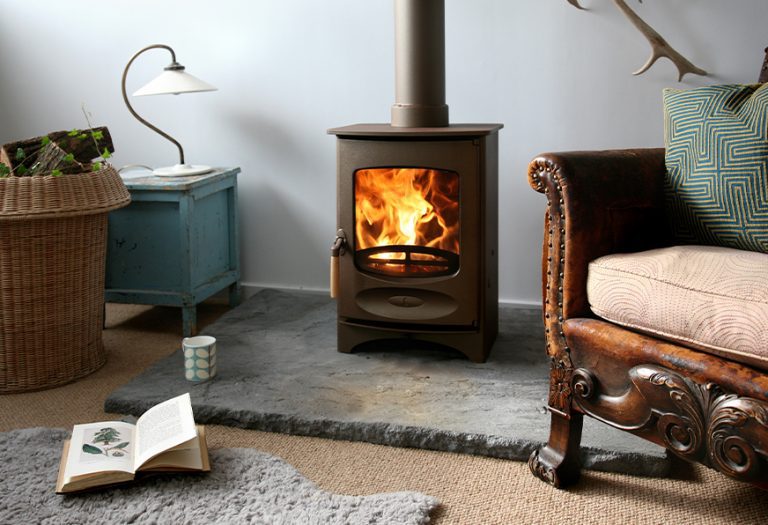 This blog is a review and closer look at the results of the Charnwood Wellbeing Survey 2021. A survey of over 1200 wood-burning stove users and the impact of stoves on their wellbeing. The vast majority of stoves owned by participants utilise Charnwood’s modern clean-burn technology and are EcoDesign ready. ___________________________ In recent years we […] 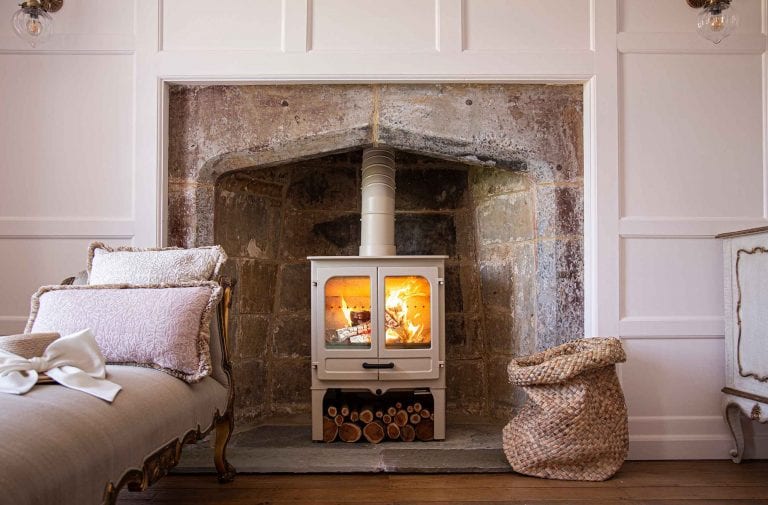 4 Focal Feature Ideas That Will Completely Change a Room

Interior design can have a dramatic impact on the overall look and feel of a room, but this doesn’t always require a complete overhaul of a space – or even super matchy-matchy decor, for that matter. No, often it takes just one or two key features to transform a room from bland to beautiful. Want […]

Discover how one of our stoves will look in your home with our free app.